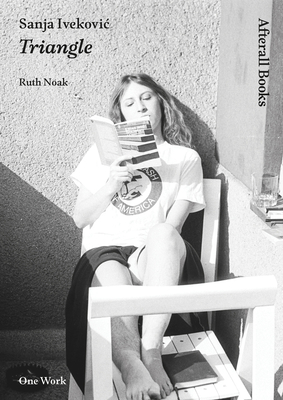 The first sustained examination of a canonical and widely exhibited work by a leading artist of the former Yugoslavia.

In Sanja Ivekovic's Triangle (Trokut, 1979), four black-and-white photographs and written text capture an eighteen-minute performance from May 10, 1979. On that date, a motorcade carrying Josip Broz Tito, then president of Yugoslavia, drove through the streets of downtown Zagreb. As the President's limousine passed beneath her apartment, Ivokevic began simulating masturbation on her balcony. Although she could not be seen from the street, she knew that the surveillance teams on the roofs of neighboring buildings would detect her presence. Within minutes, a policeman appeared at her door ordered her inside. Not only did Ivekovic's action expose government repression and call attention to the rights of women, it also called attention to the relationship of gender to power, and to the particular experience of political dissidence under communist rule in Eastern Europe. Triangle is considered one of Ivekovic's key works and yet, despite Ivekovic's stature as one of the leading artists of the former Yugoslavia, it has received little direct attention. With this book, Ruth Noack offers the first sustained examination of Ivekovic's widely exhibited, now canonical artwork.

After a detailed analysis of the work's formal qualities, Noack considers its position in the context of artistic production and political history in socialist Yugoslavia. She looks closely at the genesis of the performance and its documentation as a work of art, and relates the making of the work and the politics of canon-making to issues pertaining to the former East-West divide. She discusses the artistic language and meaning-making in relation to conceptualism and performance and to the position of women in Tito's Yugoslavia and in society at large, and investigates the notion that Ivekovic's work of this period is participating in citizenship, shifting the focus from the artist's subversive act to her capacity to shape the terms through which we order our world.