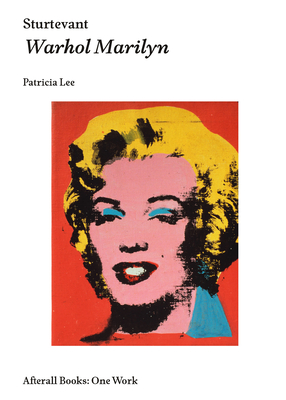 An illustrated examination of a work—a Warhol that isn't by Warhol—that embodies a shift in attitudes about artistic authorship and originality.

Warhol Marilyn (1965) is not a work by Andy Warhol but by the artist Elaine Sturtevant (1930–2014). Throughout her career, Sturtevant (as she preferred to be called) remade and exhibited works by other contemporary artists, among them Jasper Johns, Roy Lichtenstein, and Robert Rauschenberg. For Warhol Marilyn, Sturtevant used one of Warhol's own silkscreens from his series of Marilyn printed multiples. (When asked how he made his silkscreened work, Warhol famously answered, “I don't know. Ask Elaine.”) In this book, Patricia Lee examines Warhol Marilyn as representing a shift in thinking about artistic authorship and originality, highlighting a decisive moment in the rethinking of the contemporary artwork.

Lee describes the cognitive dissonance a viewer might feel on learning the identity of Warhol Marilyn's author, and explains that mistaken identity is part of Sturtevant's intention for the operation of the work. She discusses the ways that Sturtevant's methodology went against the grain of a certain interpretation of modernism, and addresses the cultural significance of both Warhol and Monroe as celebrity figures. She considers Dorothy Podber's shooting a bullet through a stack of Warhol's Marilyns (thereafter known as The Shot Marilyns) at the Factory in 1964 and its possible influence on Sturtevant's decision to remake the work.

Lee writes that Sturtevant's critical reception has been informed by some fictional forebears: the made-up artist Hank Herron (whose nonexistent work duplicating paintings by Frank Stella was reviewed by a fictional critic), and (suggested by Sturtevant herself) Pierre Menard, the title character of Jorge Luis Borges's “Pierre Menard, Author of the Quixote,” who recreates a section of Cervantes's masterpiece line by line. And finally, she explores installation contexts and display strategies for Sturtevant's work as illuminating her broader artistic aims and principles.

Patricia Lee is a writer, lecturer, and scholar of contemporary art.
Loading...
or
Not Currently Available for Direct Purchase