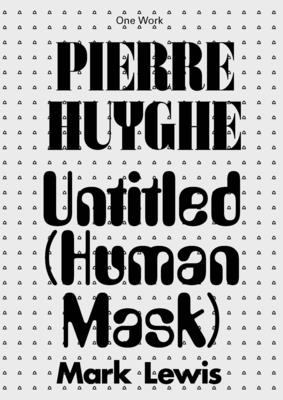 An examination of Pierre Huyghe's post-apocalyptic Untitled (Human Mask), which asks whether our human future may be one of remnants and mimicry.

Pierre Huyghe's 2014 film Untitled (Human Mask) combines images of a post-apocalyptic world (actual footage of deserted streets close to the Fukushima Daiichi nuclear disaster of March 2011) with a haunting scene of a monkey working in an empty restaurant wearing a human mask and a wig. She's a girl! The flat, emotionless almost automaton state of the mask and the artificial glossy hair topped even with a child's bow, suggests that she, the monkey, might be a character from Japanese Noh theatre. But there's no music. Instead Huyghe's film evinces the terrifying possibility that our own, human, future might just be one of remnants and mimicry; that the deserted streets of Fukushima and the monkey's recognizable, alienating chimeric performance is all that might survive us. Untitled (Human Mask) presents a pluperfect world with extinction the endgame for a civilization that cared little for the present, dreaming only of a future that inevitably and necessarily could not include it.

Mark Lewis is the series editor of the Afterall Books One Work series and professor of fine art at Central Saint Martins, University of the Arts London, where he co-founded Afterall in 1998.
Loading...
or support indie stores by buying on