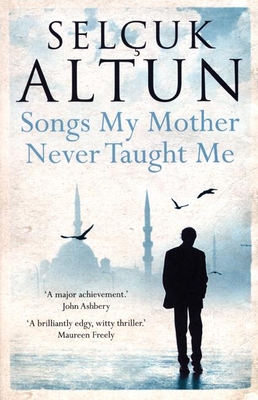 Songs My Mother Never Taught Me

"Altun offers us three delights for the price of one: a brilliantly edgy, witty thriller that rivals Highsmith; a metaphysical puzzle that Borges would be proud to call his own; and a tale of two assassins that conveys, better than any other novel I have read, the way that money talks in Istanbul."--Maureen Freely

A deft, zinging whodunnit which is also a metaphysical puzzle worthy of the Oulipo group. Altun's prose has a dreamlike urgency; his novel is a major achievement.--John Ashbery

After the death of his overbearing mother, the privileged Arda reclines in his wealth, reflecting on his young life and on the life of his father, the famous mathematician M rsel Ergenekon, who was murdered on Arda's fourteenth birthday. While on the other side of the city, "your humble servant" Bedirhan has decided to pack in his ten-year career as an assassin.

Their two lives become intrinsically bound in this remarkable thriller that takes us through the streets of Istanbul. We learn that Bedirhan in fact killed Arda's father, and that they share more in common than he or we could imagine.

Meanwhile, Sel uk Altun, a former family friend, is playing a deadly game, providing Arda with clues to track down his father's killer.

Sel uk Altun was born in Artvin, Turkey, in 1950. He lives in Istanbul, and Songs My Mother Never Taught Me is his fourth novel to be published in Turkish. He is a retired banking executive and a bibliophile.

Selcuk Altun was born in Artvin, Turkey. He lives in Istabul and Songs My Mother Never Taught Me was his fourth novel to be published in Turkish. He is a retired banking executive and a bibliophile.
Loading...
or
Not Currently Available for Direct Purchase