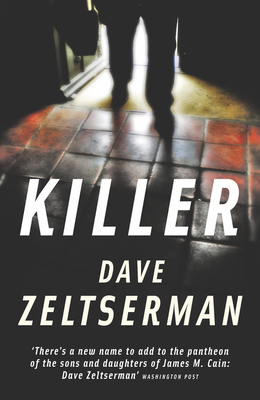 "Pariah will keep you glued to its pages. There are no holds barred anywhere in this wonderful launch into evil. The meek beware . . . be-very-ware." --Charlie Stella

"This fusion of hard-boiled and bitter satire is brand new territory for noir and I suspect that Pariah] will be one of the most talked about novels of 2009." --Ed Gorman

"The plot of Small Crimes is a thing of beauty." --The Washington Post

Leonard March walks free from jail after fourteen years' hard time served after turning state's witness against his Mafia boss Salvatore Lombard. It's only after Leonard is sentenced that the public learns that he was a Mob hitman with eighteen deaths to answer for.

Leonard is released to public outrage and media furor. He spends his time working as a janitor while looking over his shoulder, fearful of a vigilante attack or revenge hit from his former colleagues. At sixty-two and with plenty of time on his hands, he is at an age when most men grow reflective and attempt to understand their mark on the world. But for Leonard, while the threats to his safety are not imagined, his self-reflection may pose the greatest threat of all.

Dave Zeltserman lives in the Boston area with his wife. Small Crimes was included in The Washington Post's Best Books of 2008 and was one of NPR's top five crime and mystery novels of 2008.

Dave Zeltserman lives in the Boston area with his wife Judy; is a die-hard Patriots and Red Sox fan; and when he's not writing crime fiction, he spends his time working on his black belt in Kung Fu.
Loading...
or support indie stores by buying on