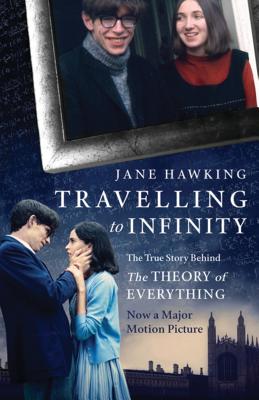 The True Story Behind the Theory of Everything

Now a major motion picture starring Eddie Redmayne as Stephen Hawking and Felicity Jones as his wife Jane. It chronicles their relationship, from his early development of ALS to his success in physics

In this compelling memoir, Jane Hawking, Stephen Hawking's first wife, relates the inside story of their extraordinary marriage. As Stephen's academic renown soared, his body was collapsing under the assaults of motor-neuron disease, and Jane's candid account of trying to balance his twenty-four-hour care with the needs of their growing family will be inspirational to anyone dealing with family illness. The inner strength of the author and the self-evident character and achievements of her husband make for an incredible tale that is always presented with unflinching honesty; the author's candour is no less evident when the marriage finally ends in a high-profile meltdown, with Stephen leaving Jane for one of his nurses, while Jane goes on to marry an old family friend.

In this exceptionally open, moving and often funny memoir, Jane Hawking confronts not only the acutely complicated and painful dilemmas of her first marriage, but also the fault lines exposed in a relationship by the pervasive effects of fame and wealth. The result is a book about optimism, love and change that will resonate with readers everywhere.


Praise For Travelling to Infinity: The True Story Behind the Theory of Everything…

“Stephen Hawking may think in 11 dimensions, but his first wife has learnt to love in several.” - The Sunday Times

“What becomes of time when a marriage unravels? And what becomes of the woman who has located her whole self within its sphere? For Jane Hawking, the physics of love and loss are set in a private universe.” - The Guardian

“Jane describes the final, painful years of her marriage in candid detail.” - The Independent

“This is not a vindictive book, although the agony she went through is palpable; if Stephen’s struggle to keep his mind clear is heroic, so is her determination to balance his escalating needs and those of their three children.” - Independent on Sunday

“Jane writes about her former husband with tenderness, respect and protectiveness.” - Sunday Express

“Jane Hawking has written a book about what it was like to be pivotal to her husband’s celebrated existence . . . but it is much more a shout from the outer darkness.” - The Daily Telegraph

Dr Jane Hawking, who was Stephen Hawking's wife for over twenty years, is a writer and lecturer. Her book At Home in France was published in 1994, followed by Music to Move the Stars in 1999. She lives and works in Cambridge.
Loading...
or
Not Currently Available for Direct Purchase