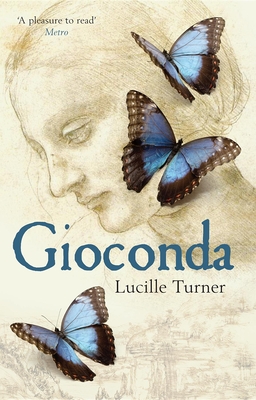 A Novel of Leonardo Da Vinci

A solitary child, Leonardo da Vinci's only intimate is Lisa Gherardini, the girl who spies on him in his workshop. Spurned by his tutor, he is sent by his despairing father to Florence as an apprentice. Under the guiding hand of Verrocchio, the master sculptor, he begins to make his name. But success requires sacrifice; Florence demands a level of conformity impossible for him. Forced to leave, Leonardo places himself at the service of the charismatic, power-thirsty Duke of Milan. His journey leads him back to Lisa and the portrait he has waited so long to paint, the culmination of his life's work. From the glittering court of the Medici to the mortuaries of Milan and the battlefields of the Po valley, Lucille Turner's powerful novel vividly imagines Leonardo's lonely struggle to convince others of his vision of the world.

LUCILLE TURNER was born in Bournemouth in 1964 to a French mother and English father. Having worked as a translator and journalist for a number of years, she now teaches Literature and Communication at Sophia Antipolis University in France.
Loading...
or support indie stores by buying on