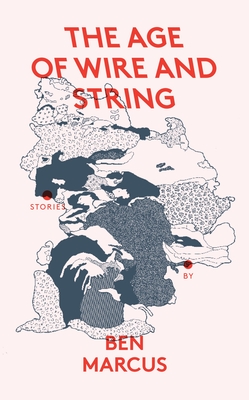 The Age of Wire and String

In The Age of Wire and String Ben Marcus welds together a new reality from the scrapheap of the past. Dogs, birds, horses, automobiles and the weather are some of the recycled elements in Marcus's first collection - part fiction, part handbook - as familiar objects take on markedly unfamiliar meanings. Gradually, this makeshift world, in its defiance of the laws of physics and language, finds a foundation in its own implausibility, as Marcus produces new feelings and sensations - both comic and disturbing - in the definitive guide to an unpredictable yet exhilarating plane of existence.

Praise For The Age of Wire and String…

Transfixing... an extraordinary debut... A treasury of interconnected fables of violence and hope, stands out as an exhilarating work of literature. Multiple readings are rewarding -  Steven Poole, Times Literary Supplement

Frequently touching and funny... a cross between a scientific manual, Monty Python and a kind of Bible, with a surreal and opaque logic of its own -  Christina Patterson, Observer

Utterly wonderful, wonderful and beautiful... all the elements of ordinary life systematically recombined to give substance to feeling and sensation, our deepest and most hidden knowledge of home -  Donald Antrim

This novel has a place within the chaotic tradition of Sterne's Tristram Shandy. [If] novels are to reflect the complexities of the modern world, they must take on some of its messy characteristics... Intelligent and good-humoured -  Andrew Biswell, Daily Telegraph

The Age of Wire and String evades classification, persisting in your mind because of its psychotically ardent prose... It uses words as they once were, as incantations, as spells to summon up the contorted beings of the imagination -  Matthew De Abaitua, The Idler

Fragile, longing, and funny ruminations on the secret lives of objects and environments - written in some of the most breathtaking prose I've encountered lately -  Rick Moody

BEN MARCUS is the author of Notable American Women, The Father Costume, The Age of Wire and String and The Flame Alphabet. His work has appeared in the New Yorker, the Paris Review, the New York Times, and McSweeney's. Marcus has received a Whiting Writer's Award, a NEA Fellowship in fiction, and three Pushcart Prizes. He is an associate professor at Columbia University. CATRIN MORGAN studied illustration at the Royal College of Art. Since graduating she has exhibited her work internationally and is one of the author illustrators of Phantom Settlements. She teaches on the MA Illustration Authorial Practice at Falmouth University and BA Illustration at Norwich University College of the Arts.
Loading...
or
Not Currently Available for Direct Purchase