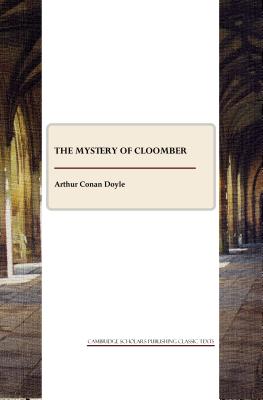 The Mystery of Cloomber is a Gothic novel drawing on elements of Conan Doyle's notions of Buddhist beliefs.

The life of Arthur Conan Doyle illustrates the excitement and diversity of the Victorian age unlike that of any other single figure of the period. At different points in his life he was a surgeon on a whaling ship; a GP; an apprentice eye-surgeon; an unsuccessful parliamentary candidate (twice); a multi-talented sportsman; one of the inventors of cross-country skiing in Switzerland; a formidable public speaker; a campaigner against miscarriages of justice; a military strategist; a writer in a range of forms; and the head of an extraordinary family. In his autobiography, he wrote: 'I have had a life which, for variety and romance, could, I think, hardly be exceeded.' He was not wrong. But Conan Doyle was also a Victorian with a twist, a man of tensions and contradictions. He was fascinated by travel, exploration, and invention, indeed all things modern and technological; yet at the same time he was also very traditional, voicing support for values such as chivalry, duty, constancy, and honour. By the time of his death in July 1930 he was a celebrity, achieving worldwide fame and notoriety for his creation of the rationalist, scientific super-detective Sherlock Holmes; yet at the same time his later decades were taken up with his advocacy of the new religion of Spiritualism, in which he was a devoted believer.
Loading...
or
Not Currently Available for Direct Purchase