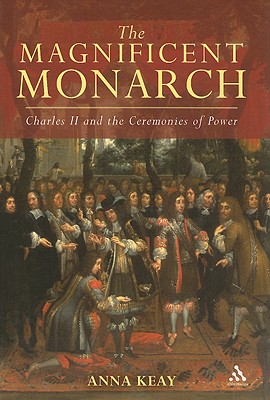 Charles II and the Ceremonies of Power

In the year that the English monarchy was abolished, the Prince of Wales's governor posed the poignant question: what was it that made kings different from their subjects? The answer to him was obvious, and the word that described it was 'ceremony'. From crown wearing in the Middle Ages to the jubilees of modern times the English Monarchy has always used the rituals of majesty to command the affection and loyalty of its subjects. This important and original book is the first to examine properly the ceremonial world of an English sovereign. In an age when the king still healed the sick and took his meals in front of a crowd of spectators, a sovereign's ability to carry off this public role could be as important to his success as his command of the army or management of parliament.

Charles II lived through the period of the greatest political change England has ever known, witnessing revolution, regicide and restoration. At just 16 he was cast into exile. A poor relation at the court of the young Louis XIV and then the creature of Philip IV of Spain, he knew what it was to wrestle for recognition. This was his apprenticeship. With The Restoration Charles brought the lessons of exile home. The country was soon rocked by plague and fire, and his brother's conversion to Catholicism would bring it once again to the brink of civil war. In the crisis that developed Charles used the rituals of royalty to help save the very institution of hereditary monarchy. Using a huge range of unpublished primary material, and painting a vivid and detailed picture of the daily life of one of England's most charismatic monarchs, Anna Keay's brilliant 'ritual biography' radically reappraises Charles II as The Magnificent Monarch.

Anna Keay was educated at Bedales School; Magdalen College, Oxford and London University. For seven years she was Assistant Curator of the Historic Royal Palaces, responsible for Tower of London, Hampton Court Palace and the Banqueting House, Whitehall. She co-presented "The" "Buildings That Made Britain" for Channel 5 and is a regular contributor to BBC coverage of state occasions. She is currently Properties Presentation Director at English Heritage, and lives in London and Norfolk.
or support indie stores by buying on
Copyright © 2020 American Booksellers Association