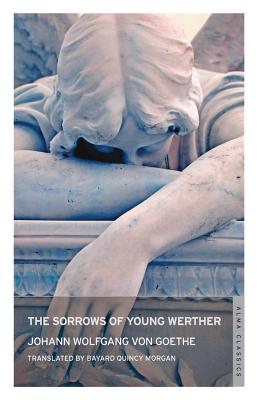 Partly autobiographical and the prototype for many later Romantic works in its depiction of the sensitive, tortured Romantic hero, Goethe's seminal classic is a timeless masterpiece of world literaturePresented as a collection of confessional letters written by the eponymous protagonist, "The Sorrows of Young Werther" charts the emotional journey of a young man who during a stay in a picturesque German village falls in love with Lotte, a sweet-natured local woman engaged to another man. As he realizes that his passion is doomed to failure and constant pain, Werther contemplates taking the most drastic measures. The first great "confessional" novel, it draws both on Goethe's own unrequited love for Charlotte Buffas well ason the death of a close friend.

Johann Wolfgang Von Goethe (1749-1832) was a German polymath, whose works spanned the fields of literature, theology, and science. He is best known for his drama "Faust," and was a key figure in 19th-century German literature.
Loading...
or
Not Currently Available for Direct Purchase