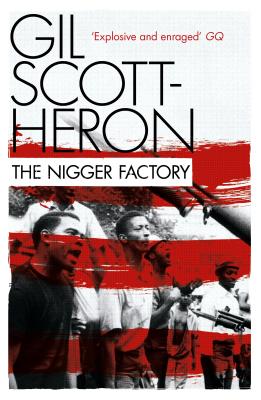 The Nigger Factory is a scornful statement on the way in which human beings are conditioned to think.

On the campus of Sutton University, Virginia, the students are trying to carry forth the message of reconstruction to a university resistant to change. The failure of the Sutton to embrace the changing attitudes of the Sixties has necessitated extreme action and the revolution is nigh.


Praise For The Nigger Factory…

"For more than two decades [Gil Scott-Heron] has been committed to examining those facets of the human condition that most of us would rather forget . . . he is an artist who has crafted witty but crucial insights for black America."  Washington Post

"One of the great pioneers of late-20th-century music."  Independent

Gil Scott-Heron was born in Chicago. He has been opening eyes, minds and souls for over forty years. A highly influential and widely admired singer, proto-rapper, jazz pianist, published poet, novelist and socio-political commentator, Scott-Heron remains a unique and major figure in global music. With over twenty albums to his name, his politically charged output has won him an international following. His work illuminates a philosophy of life that holds human affection as well as political and artistic responsibility the underlying factors that inspire his writing.
or
Not Currently Available for Direct Purchase