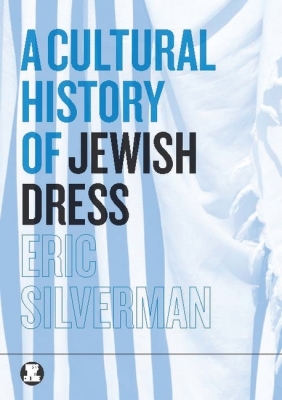 A Cultural History of Jewish Dress

A Cultural History of Jewish Dress is the first comprehensive account of how Jews have been distinguished by their appearance from Ancient Israel to today. For centuries Jews have dressed in distinctive ways to communicate their devotion to God, their religious identity, and the proper earthly roles of men and women. This lively work explores the rich history of Jewish dress, examining how Jews and non-Jews alike debated and legislated Jewish attire in different places, as well as outlining the big debates on dress within the Jewish community today.

Focusing on tensions over gender, ethnic identity and assimilation, each chapter discusses the meaning and symbolism of a specific era or type of Jewish dress. What were biblical and rabbinic fashions? Why was clothing so important to immigrant Jews in America? Why do Hassidic Jews wear black? When did yarmulkes become bar mitzvah souvenirs? The book also offers the first analysis of how young Jewish adults today announce on caps, shirts, and even undergarments their striving to transform Jewishness from a religious and historical heritage into an ethnic identity that is hip, racy, and irreverent. Fascinating and accessibly written, A Cultural History of Jewish Dress will appeal to anybody interested in the central role of clothing in defining Jewish identity.

Praise For A Cultural History of Jewish Dress…

"Anthropologist Silverman (Wheelock College) provides a valuable update to the classic A History of Jewish Costume Dress...Silverman gives intriguing insights for Jews and non-Jews into how tensions within and without some US Jewish congregations/communities play out. Summing up: Highly recommended. All levels/libraries." - B.B. Chico, Regis University, CHOICE

Eric Silverman is Associate Professor of Anthropology in the American Studies and Human Development department, Wheelock College, Boston, and a Scholar at the Women's Studies Research Center, Brandeis University.
Loading...
or
Not Currently Available for Direct Purchase