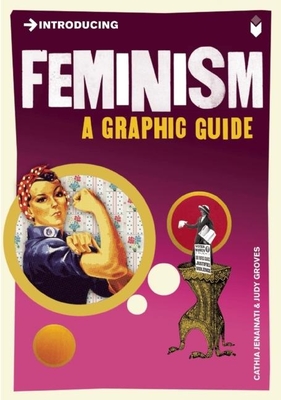 The term feminism came into English usage around the 1890s, but women's conscious struggle to resist discrimination and sexist oppression goes back much further. Introducing Feminism surveys the major developments that have affected women's lives from the seventeenth century to the present day.

Readers who have forgotten the struggles of women who came generations--and centuries--before will appreciate this handsome little guide introducing the basics of feminist theory. Although far from an academic study, the cartoon-drawing format and merry black-and-white illustrations will render the book popular among younger groups in need of a rapid overview of the movement. From Mary Wollstonecraft to Betty Friedan, the diminutive volume offers a chronological history of feminism in its nascent roots in colonial times, to the 1960s Women's Movement and its modern form today. Most notable, the book places a large emphasis on the struggles of African-American women, highlighting the lives and careers of such activists as Sojourner Truth, Harriet Tubman, bell hooks and Audre Lorde. Another standout section covers Germaine Greer, a proponent of the idea that 'heterosexuality is a form of oppression, conditioning women to conform to their society's expectations of femininity and encouraging them to believe that their value depends on their appeal to men.'--Kirkus Reviews

Cathia Jenainati is Associate Professor in English and Comparative Literary Studies at the University of Warwick. She teaches courses on American and Canadian literature and feminist literary theory. Judy Groves is a painter, graphic designer and illustrator. She has illustrated numerous titles.
Loading...
or support indie stores by buying on