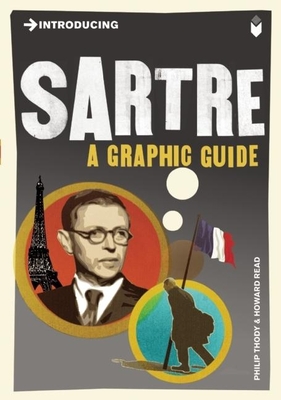 Between the end of World War II in 1945 and his death in 1980, Jean-Paul Sartre was the most famous French writer, as well as one of the best-known living philosophers. Introducing Sartre explains the basic ideas inspiring his world view, paying particular attention to his ideas on freedom, literature, Marxism, and inequality.

Philip Thody was Professor of French Literature and Head of the Department of French at the Univerisity of Leeds until his retirement in 1993. He has written studies of Anouilh, Camus, Genet, Huxley, Proust and Sartre. He is also the author of Introducing Barthes. Howard Read recently graduated from the Royal College of Art and is now working as a freelance illustrator. In 1997, he won the student prize in the Folio Society Golden Jubilee competition.
Loading...
or support indie stores by buying on