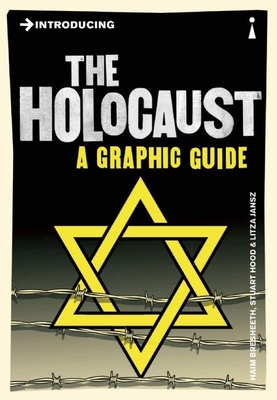 Like Maus, Introducing the Holocaust is a classic illustrated guide to the horrors of the Holocaust. With a trenchant text by Israeli filmmaker and critic Haim Bresheeth, this clear introduction looks at the continuing broader relevance of the Holocaust today.

Professor Haim Bresheeth is a filmmaker, photographer and a film studies scholar, retired from the University of East London, where he worked since since early 2002. His edited volumes include The Gulf War and the New World Order, (with Nira Yuval-Davis) published in 1992 by Zed Books, Cinema and Memory: Dangerous Liaisons, Co-edited with Sand, S and Zimmerman, M Jerusalem, Zalman Shazar Centre (Hebrew) 2004, and a co-edited volume with Haifa Hammami The Conflict and Contemporary Visual Culture in Palestine & Israel, special double-issue of Third Text on Palestinian and Israeli Art, Literature, Architecture and Cinema. He has been on the Editorial Board of the Journal Khamsin for many years until its demise in 1991, and has published widely in Hebrew and English on Palestinian and Israeli film, and is currently working on the representation of the other and stranger in European film.
Loading...
or support indie stores by buying on