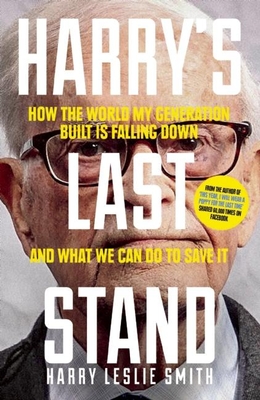 How the World My Generation Built Is Falling Down, and What We Can Do to Save It

Ninety-one-year old Harry Leslie Smith became an internet sensation in late 2013 when his article for the Guardian website--This year, I will wear a poppy for the last time--was shared almost sixty thousand times on Facebook, attracting a huge amount of media attention.

Born in 1923 in the north of England and a longtime resident of Toronto, Ontario, Leslie Smith witnessed firsthand the horrors of the 1930s depression and the rebuilding of the world out of the rubble of the Second World War. He now fears that history is repeating, and with a voice as angry as it is lyrical, Harry shows us younger generations what the world looks like to him--and why we shouldn't take it lying down.

Harry Leslie Smith is a second world war RAF veteran and, at ninety-one, an activist for the poor and for the preservation of social democracy. He lives outside Toronto, Ontario.