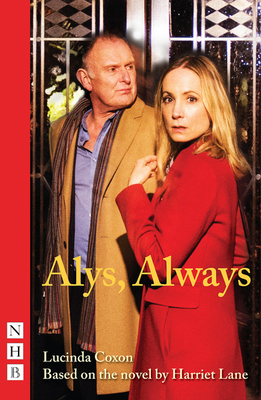 Frances works on the books pages of a Sunday newspaper. She's quiet and capable, but nobody takes much notice: her face is pressed to the window, on the outside, looking in.

One evening, driving back to London after visiting her infuriating parents, she comes across an overturned car crumpled on the side of the road. She waits with the injured driver, Alys Kyte, until the ambulance arrives. Later, when Alys's famous family gets in touch, Frances finds herself ushered for the first time into the world on the other side of the window. And she begins to wonder: what will it take to belong?

This stage version of Alys, Always was premiered at the Bridge Theatre, London, in February 2019, directed by Nicholas Hytner and starring Joanne Froggatt and Robert Glenister.

Lucinda Coxon is an English playwright and screenwriter. Her plays include Alys, Always, adapted from the novel by Harriet Lane (Bridge Theatre, London, 2019); Herding Cats (Ustinov Theatre, Bath, 2010, & Hampstead Theatre, 2011); and Happy Now? (National Theatre, 2008). Her plays have been produced in the United States at South Coast Repertory, Yale Repertory Theatre, and Primary Stages. Her screenplays include The Danish Girl, The Crimson Petal and the White and The Little Stranger.
Loading...
or support indie stores by buying on