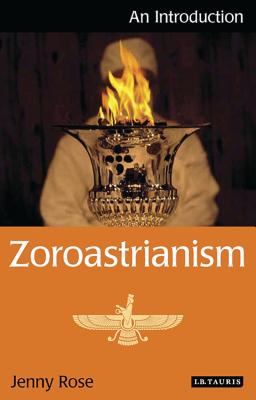 Zoroastrianism is one of the world's great ancient religions. In present-day Iran, significant communities of Zoroastrians (who take their name from the founder of the faith, the remarkable religious reformer Zoroaster) still practise the rituals and teach the moral precepts that once undergirded the officially state-sanctioned faith of the mighty Sasanian empire. Beyond Iran, the Zoroastrian disapora is significant especially in India, where the Gujarati-speaking community of emigrants from post-Sasanian Iran call themselves 'Parsis'. But there are also significant Zoroastrian communities to be found elsewhere, such as in the USA, Britain and Canada, where western cultural contexts have shaped the religion in intriguing ways and directions. This new, thorough and wide-ranging introduction will appeal to anyone interested in discovering more about the faith that bequeathed the contrasting words 'Magi' and 'magic', and whose adherents still live according to the code of 'Good Thoughts, Good Words, Good Deeds.'
The central Zoroastrian concept that human beings are continually faced with a choice between the path of 'good' and 'evil', represented by the contrasting figures of Ahura Mazda and Ahriman, inspired thinkers as diverse as Voltaire, Mozart and Nietzsche. Jenny Rose shows why Zoroastrianism remains one of the world's most inspiring and perennially fascinating systems of ethics and belief.

"Jenny Rose's lively and engaging account comprises a very readable, well informed survey of Zoroastrianism and its history. The book is a pleasure to read throughout, and the author's writing style is markedly beautiful, placing her very much within Mary Boyce's literary tradition. Rose has read widely round the subject, engaging with important primary and secondary sources and rendering her thorough treatment of Zoroastrianism fully up-to-date. I particularly welcomed her valuable discussion of Zoroastrianism in Central Asia. All in all, the book is a fine example of considered synthesis and compression. This is a book one wants to read from beginning to end without putting it down. It will find a warm welcome from students of the subject and their teachers." -- Almut Hintze, Zartoshty Reader in Zoroastrianism, SOAS, University of London
"It is a tall order to explain and summarize well such a polyglot scriptural and religious tradition as Zoroastrianism, with its 3000 years of history extending across so much of Asia and on into the global diaspora. But Jenny Rose's excellent and highly informative book is a most impressive response to the challenge. Rose adopts a refreshingly new approach that is both matter of fact in style and thoughtfully conceived, as well as being derived from the best new scholarly work of recent decades." -- Alan Williams, Professor of Iranian Studies & Comparative Religion, University of Manchester