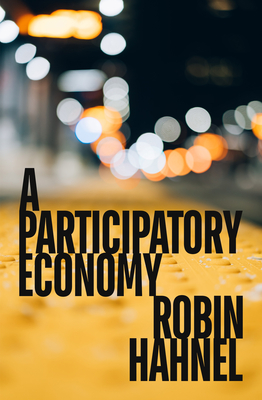 As of June 2021, 54% of Gen Z adults view capitalism negatively and over 41% have a positive view on socialism. A Participatory Economy is written for people who desire an equitable, ecological economy but want to know what an alternative to capitalism could look like.A Participatory Economy presents a fascinating, new alternative to capitalism. It proposes and defends concrete answers to how all society's economic decisions can be made without resorting to unaccountable and inhumane markets (capitalism) or central planning authorities (communism). It explains the viability of early socialism's vision of an economy in which the workers come together to decide among themselves what to produce and consume. At the same time, Hahnel proposes new features to this economic model including proposing how "reproductive labor" might be socially organized, how to plan investment and long-term development to maximize popular participation and efficiency, and finally, how a participatory economy might engage in international trade and investment without violating its fundamental principles in a world where economic development among nations has been historically unfair and unequal.

Robin Hahnel is a life-long radical activist and economist whose work emphasizes environmental sustainability and is best known for his work on alternatives to capitalism. His books include Democratic Economic Planning, The ABCs of Political Economy, and Economic Justice and Democracy. Hahnel is a contributor to participatoryeconomy.org.
Loading...
or support indie stores by buying on