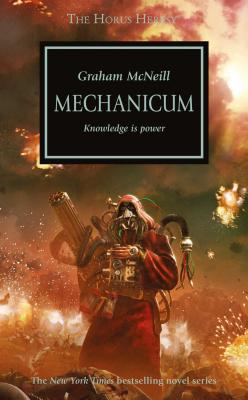 As the flames of treachery spread outwards through the Imperium, Horus mobilises those forces who are loyal to him, and plots to subvert or destroy those who stand against him. A battle is being fought for the heart and soul of all the Imperial forces – the Astartes, the Imperial Army, the Titan Legions and more. In this epic story, author Graham McNeill tells the story of the civil war on Mars, and the genesis of the Dark Mechanicum.