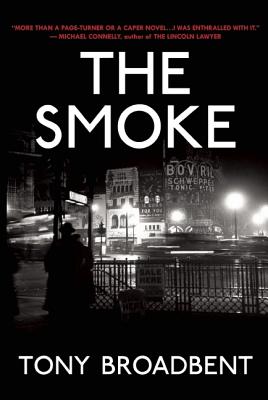 Normal0falsefalsefalseEN-GBX-NONEX-NONEMicrosoftInternetExplorer4 Cockney cat burglar and jewel thief Jethro is as smart as he is streetwise, but even he has to be a bit nimble to prosper in the austerity-ridden, black-market-riddled world of post-war England. Having barely survived the war, Jethro tells everyone he's gone straight and takes up as a stagehand in London's theatre-land. But the truth is that hiding in plain sight around London's West End is the perfect cover for his diamond capers in wealthy Mayfair and Belgravia. Jethro steals into the embassy of an Iron Curtain power to pinch some fabled Czarist jewelry, but his daring caper brings him to the attention of His Majesty's Secret Service and they blackmail him into going back to retrieve a secret code-book and help a beautiful cipher clerk defect. It;s all a set up for a thieft to catch a thieft that pits Jethro against London's top villains, as well as one of the Soviet's topmost secret agents and assassins.

Tony Broadbent was born in Windsor, England. He was an art student in London in the late Sixties (from Revolver to Let It Be). He then worked as copywriter and creative director at some of the best advertising agencies in London, New York, and San Francisco, before opening his own agency. He's now a consulting brand strategist, planner, and ideator for clients in the U.S. and Europe. Tony is married and lives in Mill Valley, California.