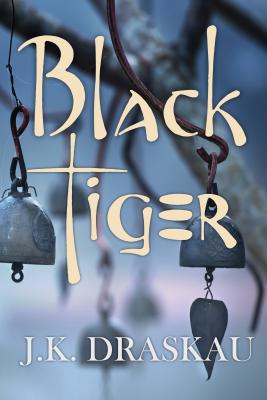 Bangkok 1969: The death of King Rama strikes the match that will set fire to all of Thailand, and as far away as London. Former Legionnaire Nat Raven is sent to Bangkok by British Intelligence, but quickly finds himself in over his head in the intricate web of Thai society, where everyone has an agenda and it is never clear who is pulling the strings.

In the wake of the king’s passing, Bangkok seethes with the many different influences vying for control—the outer branches of the royal family, the American forces waging an unpopular war in Vietnam, and most powerful of all, the enigmatic figure of Colonel Sya Dam, the Black Tiger, whose allegiances are as mercurial as his motives. At the center of everything are three young women: Pim, a Princess of the Blood; Chee Laan, a Chinese heiress torn between love and family; and the tempestuous, dazzling Salikaa, beautiful as flame, whose ambitions reach all the way to the highest echelons of the Thai monarchy. Racial tensions mount in a city on the brink, until Bangkok erupts into violence that even the Black Tiger himself cannot escape.

J.K. Draskau was born in the Isle of Man. She is a senior research fellow at the University of Liverpool, where she is currently researching WWI internment. Once a journalist and radio show host in Bangkok, Draskau studied Thai and Chinese, in addition to working as a Royal tutor. She has written eight award-winning plays, which have graced stages around the world, and has recently published the official commissioned biography of Illiam Dhone.