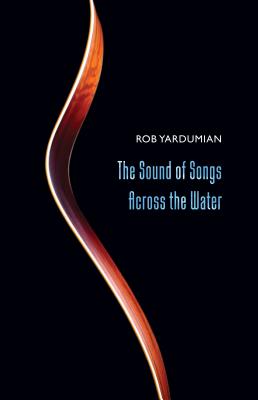 The Sound of Songs Across the Water

Normal0falsefalsefalseEN-GBX-NONEX-NONEMicrosoftInternetExplorer4It’s the summer of 1995, and in the heat of the hills above Los Angeles, Riley Oliver is trying to find redemption in rock ‘n’ roll. Fifteen years have passed since his band flamed out at CBGB, and Riley sees the life his former guitarist Will Taylor has built — successful producing career, the lovely Lena for a wife, a gated home — and he wants some of that luck for himself. Jumping the fence, Riley brings the shadows of the past back to Will, and long-buried conflicts darken the sunny Southern California scene. Lena herself is restless in this creative world; she has been living in the background of the music industry far too long, and this summer becomes one of longing and self-discovery for her and for her uninvited guest.

The Sound of Songs Across the Water traces creation and betrayal, joining and fissure at a time when lovers still made mixtapes to show they cared. Rob Yardumian’s language vibrates like a string under the pressure of fingertips, sliding and reckless as he tells the story of bittersweet inspiration and the pain of bringing art to life. This debut work of fiction will haunt its audience for a long time after finishing the last page.

Rob Yardumian's fiction has appeared in The Southern Review, The Antioch Review, The New Orleans Review, and other literary journals. He has an MFA from the Warren Wilson Program for Writers, and this is his first novel. He currently lives in Portland, OR.