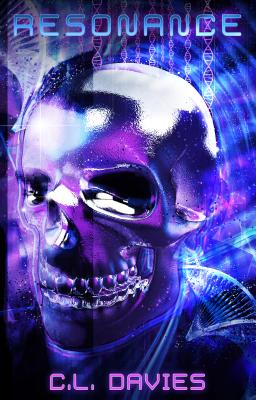 Oscar DeHaven screwed up his life. Luckily, he’s rich enough to try again. With the services of the mysterious, utopian Forever Foundation, he is reborn a century later with a new body, a new identity—Jake.

A lifetime before, Kate never expected love to live up to her fantasies. But there’s something about Harry’s ice-blue eyes that draw her in, even as she begins to see the darker shades of his true colours.

The Foundation is elitist and exacting; mistakes cannot be borne. From its cold grasp Milly rescues Faith, a baby who shouldn’t exist, and sets out to redress the Foundation’s legacy of suffering and sadness.

Everything seems perfect—except for the nightmares that wake both Faith and Jake, pursued through their dreams by a faceless evil. And there is something lurking inside of Harry, too, gathering like storm clouds, with consequences too far reaching for anyone to predict. As six lives entwine in a web spun over decades, secrets are uncovered that invoke a timeless, troubling question: Are we defined by nature or nurture?

And who says you only live once?

Cheryl Davies was born in Ashford, England in 1978. She moved with her family to the Isle of Man when aged five. She obtained her degree in English Lit at the University of Hertfordshire, and returned to the Island and qualified as a teacher. She has taught in a local primary school for nine years. Davies loves the Manx countryside, and her small but gorgeous garden. She's a little obsessed with palm trees. As a demented but doting first-time mum, much of her time is spent caring for her new baby, who is both beautiful and bonkers! She's the centre of her world and the reason for everything Davies does. Davies lives happily with baby beautiful, the spirit of their much-missed cat, Pudge, and fiance Dean. She is the author of the acclaimed book Automaton and upcoming novel Resonance.