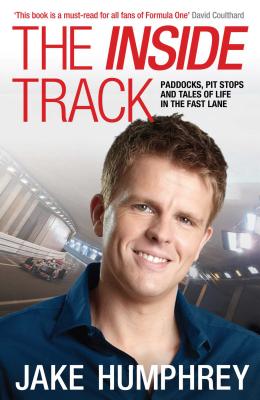 Paddocks, Pit Stops and Tales of My Life in the Fast Lane

Jake Humphrey has one of the best jobs in the world. Flying around the world presenting Formula One to six million people is not a bad occupation. And there is plenty that the viewer doesn't get to see, quite a lot of it rather surprising too. Travelling around the globe in the F1 bubble, Jake brings you close to the action.

With his unique access to the key characters in the sport, he reveals a side of figures such as Jenson Button and Lewis Hamilton rarely seen before, as well as showing what it is like to work with F1 legends David Coulthard and Eddie Jordan. From techie heaven driving the Red Bull simulator to witnessing moments of great sporting triumph, Humphrey takes the reader behind the scenes in the paddock to unveil the changing face of F1, as well as recounting the pitfalls faced by a TV presenter permanently walking the tightrope of public humiliation.

For four years from 2009, Jake Humphrey hung around garages to present the BBC's award-winning F1 coverage to the masses. He worked for BBC Sport for nearly 10 years and hosted other great sporting events, such as the Olympic Games, World Cups and Sports Personality of the Year. In 2013, he joined BT Vision to host their football coverage.
Loading...
or
Not Currently Available for Direct Purchase