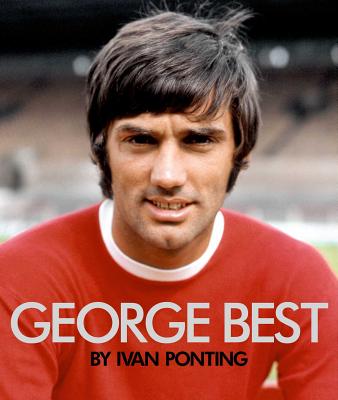 George Best was sheer magic. Plucked from the mean streets of Belfast by a canny old scout, he astonished everyone at Old Trafford with his unique gift for the game, bursting into Matt Busby's first team at 17. He starred as Manchester United won the League title in 1964/65 while still in his teens and fame followed. 'El Beatle' became football's first pop idol in 1966 after the match of his life against Benfica in Lisbon. He shone again in 1966/67 as the Red Devils clinched the League title once more and then he was central to the lifting of the European Cup in 1968. Packed full of rare photos and personal insight from the men who knew him best on the pitch, the likes of Sir Bobby Charlton and Denis Law, this book examines the career of a legend, celebrates the talent of a truly exceptional footballer and nods in heartfelt appreciation to the sporting gods who sent George Best to thrill us all.

Ivan Ponting has penned more than fifty titles, including co-writing the number 1 bestselling sports book of 2011: "Scholes: My Story." He has also collaborated with Manchester United greats Denis Law, Sir Bobby Charlton, Ryan Giggs, Bill Foulkes, Gary Pallister and Wilf McGuinness. He lives in his native West Country with his family.
Loading...
or
Not Currently Available for Direct Purchase