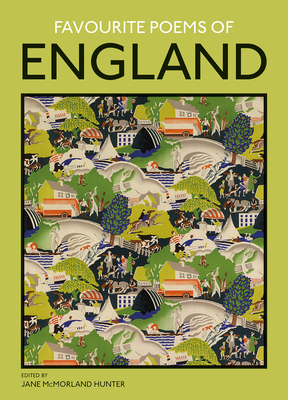 A stunningly illustrated tribute to England, featuring poems by the country's finest writers.
From London's bustling streets to country green, from lords and ladies to brave soldiers lost in battle, this gorgeously illustrated anthology celebrates England and all that it means to be English. A breadth of poetry from Britain's renowned writers--including Chaucer, Shakespeare, Wordsworth, Robert Browning, Hardy, D. H. Lawrence, Blake, Kipling, Emily Bront , Sylvia Plath, and Roald Dahl--captures a range of visions of the "sceptered isle.

Jane McMorland Hunter has written several books, including Ode to London (Batsford). Her other books include three books in the bestselling Teach Yourself series (Teach Yourself Books) as well as The Tiny Garden (Frances Lincoln) and For the Love of an Orchard (Pavilion) both of which have been widely and favorably reviewed. She lives in London.
Loading...
or
Not Currently Available for Direct Purchase