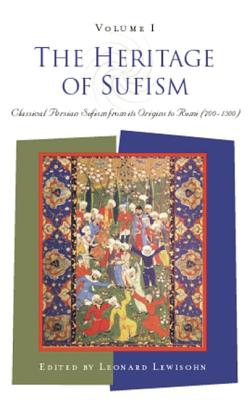 The Heritage of Sufism

The first volume in a three-volume set, this is a study of the rise of Persian Sufi spirituality and literature in Islam during the first six Muslim centuries. This collection of 24 essays covers the key achievements of the Muslim intellectual and cultural tradition in history, mysticism, philosophy and poetry. It demonstrates the positive role played by Sufi thinkers during this period. The subjects covered include: Sufi masters and schools; literature and poetry; spiritual chivalry; divine love; Persian Sufi literature - Rumi and 'Attar.

Praise For The Heritage of Sufism: Classical Persian Sufism from Its Origins to Rumi (700-1300) v.1…

"This remarkable tirlogy is likely to remain the definitive work in the field for many years."
— Expository Times

Leonard Lewisohn is Research Associate in Esoteric Traditions in Islam in the Department of Academic Research of the Institute of Ismaili Studies, London. He is the author, editor, and translator of many leading books and articles in the area of Sufism and lectures widely on the subject.
Loading...
or
Not Currently Available for Direct Purchase