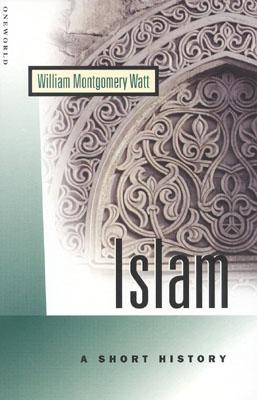 The purpose of this book is to provide the Western reader with a positive understanding of Islam, of its origins, its history and its beliefs; but it is hoped that there may also be something of value in it for the Muslim reader. It is based on the belief that Muhammad was a prophet chosen by God for a particular task, and also that God was behind the spread of Islam throughout the world. At the same time, this book accepts the main principles of the western intellectual outlook, including its historical criticism; and consequently departs from some of the traditional ideas of Muslims about the history of their religion. Contents include coverage of the beginnings of Islam, the political history of the Islamic world, the teachings of the Qur'an, Islamic theology and the role of Islam in the modern world.

William Montgomery Watt, Professor Emeritus of Arabic and Islamic Studies at the University of Edinburgh, is well known as an authority on the life of Muhammad and the origins of Islam. His many books include the Faith and Practice of Al-Ghazali and Religious Truth for our Time, both published by Oneworld.
Loading...
or
Not Currently Available for Direct Purchase