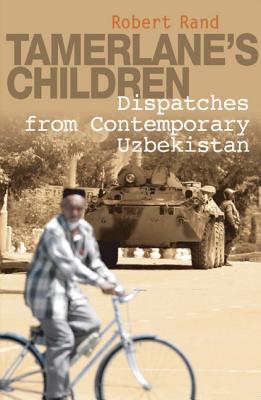 Uzbekistan is a country of contradictions. Where legality meets torture and Islam meets a secular state, Uzbekistan is torn between its historical roots, Soviet rule, and modern consumerism. As a vital ally in the ‘War on Terror’, yet retaining a deeply troubling record on human rights, even the West is uncertain about how to approach it.

In this vibrant account, respected journalist Robert Rand draws on three years living and travelling in the region to carefully deconstruct the cultural allegiances and tensions that color Uzbek life. From the heritage of the country’s beloved hero, Tamerlane, to the clash of cultures in Uzbek pop music, this lively book will captivate the historian, the traveller, and anyone who wishes to understand modern life in the ex-Soviet bloc.

"A perceptive book about contemporary Uzbekistan. Rand's brief but valuable Tamerlane's Children begins with dispatches from his time in Uzbekistan including pen portriats which give fascinating insights into comtemporary life there."
— The Times Literary Supplement

"A fitting introduction to a place that is virtually unknown to most people beyond its borders."
— Daily Yomiuri

"Although not as different as a century ago, the East is still the East, and poles apart from Western civilisation. Tamerlane's Children reveals the reality in contemporary Uzbekistan and is easy to read throughout."
— Sergei Khrushchev - Senior fellow at Brown University and son of former Soviet Prime Minister Nikita

"This book is full of insight and interest. The author clearly knows his subject very well. One of its major strengths is the way in which it treats both major, overarching issues and questions of what daily life is like."
— David Morgan

Robert Rand is a journalist, novelist, independent public radio producer and editor. He has written for the New Yorker and authored several books. He lives in Tarrytown, New York.
Loading...
or
Not Currently Available for Direct Purchase