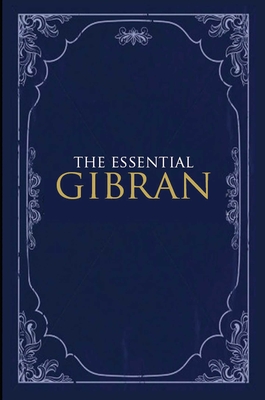 Offering a wide variety of theme, occasion, mood, and form - ‘The Essential Gibran’ is a volume of selected passages celebrating Gibran's style and thought

Kahlil Gibran's essential style is captured in reflective poetic prose, dramatic sketches, allegories and parables, national and international addresses, and romantic writings of all kinds. Evident throughout is his abiding respect for universal human rights, the equality of men and women, and religious tolerance. This is a wonderful insight into a universal figure whose profound humanity and concern for the highest standards of integrity in both a moral and literary sense transcends the boundaries between cultures, which have all too often found themselves in opposition with one another.

Suheil Bushrui is the foremost translator and interpreter of Anglo-Irish literature in the Arab world, and has published critical studies in Arabic and English on W. B. Yeats, John Millington Synge, James Joyce and Samuel Beckett. He was the first Arab national to be appointed to the Chair of English and Anglo-Irish Literature at the American University of Beirut, and has also served as Chairman of the International Association for the Study of Anglo-Irish Literature (ISAIL). He is currently the Baha'i Chair for World Peace in the Center for International Development and Conflict Management (CIDCM) at the University of Maryland.

Kahlil Gibran (1883-1931) was one of the twentieth century's most inspirational poets and authors. He drew upon his personal faith to write such bestsellers as The Prophet and Jesus Son of Man.
or
Not Currently Available for Direct Purchase
Copyright © 2020 American Booksellers Association