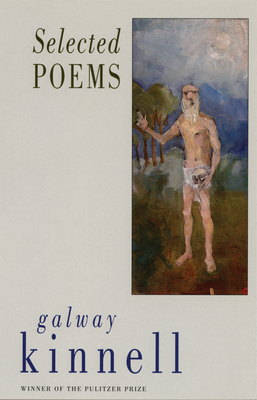 Galway Kinnell was one of America's major modern poets. This new selection - drawing on eight collections from What a Kingdom It Was (1960) to Imperfect Thirst (1994) - updated his 1982 Selected Poems, which won him the Pulitzer Prize and the National Book Award. His poetry was always marked by precise, furious intelligence, by rich aural music, by devotion to the things and creatures of the world, and by transformations of every understanding into singing, universal art. These constants appear in a dazzling range of poems: from odes of kinship with nature to realistic evocations of urban life, from religious quest to political statement, from brief imagistic lyrics to extended, complex meditations. This selection shows how the traditional Christian sensibility of his early work gave way to the sacramental, transfiguring dimension of the later poetry, which 'burrows fiercely into the self away from traditional sources of religious authority or even conventional notions of personality' (Richard Gray). As Kinnell once said: 'If you could keep going deeper and deeper, you'd finally not be a person...you'd be a blade of grass or ultimately perhaps a stone. And if a stone could speak, poetry would be its words.' Through the poem, Kinnell throws off the 'sticky infusion' of speech and - like the hunter in his celebrated poem The Bear - becomes one with the natural world, sharing in the primal experiences of birth and death.

Galway Kinnell was born in Providence, Rhode Island, in 1927. He made his living mostly from teaching from 1949 to 2005, in France, Iran and Australia as well as at colleges and universities across America. He was Erich Maria Remarque Professor of Creative Writing at New York University for many years, and served as a Chancellor of the Academy of American Poets from 2001 to 2007. In 1982 his Selected Poems won a Pulitzer Prize and a National Book Award. An updated and expanded edition was published as Selected Poems by Bloodaxe in Britain in 2001. He also published several translations, including books by Goll, Lorca, Rilke and Villon, and Yves Bonnefoy's On the Motion and Immobility of Douve in the Bloodaxe Contemporary French Poets series (1992). His final collection, Strong Is Your Hold, published with an audio CD in 2007 by Bloodaxe, includes his long poem 'When the Towers Fell', a requiem for those who died in the World Trade Center on 9/11 in direct view of his New York apartment. He died in 2014.
Loading...
or support indie stores by buying on