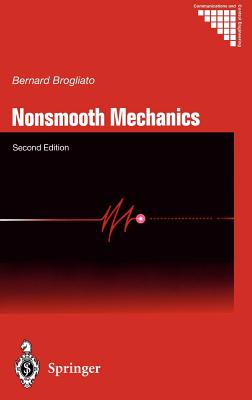 Thank you for opening the second edition of this monograph, which is devoted to the study of a class of nonsmooth dynamical systems of the general form: :: i; = g(x, u) (0. 1) f(x, t) 2: 0 where x E JRn is the system's state vector, u E JRm is the vector of inputs, and the function f (-, . ) represents a unilateral constraint that is imposed on the state. More precisely, we shall restrict ourselves to a subclass of such systems, namely mechanical systems subject to unilateral constraints on the position, whose dynamical equations may be in a first instance written as: ii= g(q, q, u) (0. 2) f(q, t) 2: 0 where q E JRn is the vector of generalized coordinates of the system and u is an in put (or controller) that generally involves a state feedback loop, i. e. u= u(q, q, t, z), with z= Z(z, q, q, t) when the controller is a dynamic state feedback. Mechanical systems composed of rigid bodies interacting fall into this subclass. A general prop erty of systems as in (0. 1) and (0. 2) is that their solutions are nonsmooth (with respect to time): Nonsmoothness arises primarily from the occurence of impacts (or collisions, or percussions) in the dynamical behaviour, when the trajectories attain the surface f(x, t) = O. They are necessary to keep the trajectories within the subspace " = {x: f(x, t) 2: O} of the system's state space.

In addition to having served (1991 2001) as Charge de Recherche at CNRS, and as, now, Directeur de Recherche at INRIA, Bernard Brogliato is an Associate Editor for Automatica (since 2001) a reviewer for Mathematical Reviews and writes book reviews for ASME Applied Mechanics Reviews. He has served on the organising and other committees of various European and international conferences sponsored by an assortment of organizations, most prominently, the IEEE. He has been responsible for examining the PhD and Habilitation theses of 16 students and takes an active part in lecturing at summer schools in several European countries. Doctor Brogliato is the director of SICONOS (a European project concerned with Modelling, Simulation and Control of Nonsmooth Dynamical Systems) which carries funding of 2 million."
or
Not Currently Available for Direct Purchase
Copyright © 2020 American Booksellers Association