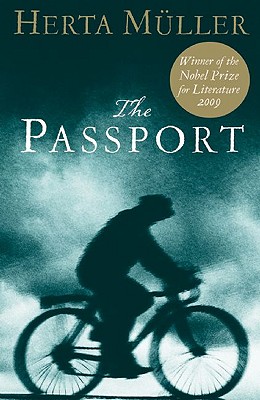 From the winner of the 2009 Nobel Prize in Literature

" The Passport] has the same clipped prose cadences as Nadirs, this time applied to evoke the trapped mentality of a man so desperate for freedom that he views everything through a temporal lens, like a prisoner staring at a calendar in his cell."--Wall Street Journal

The Passport is a beautiful, haunting novel whose subject is a German village in Romania caught between the stifling hopelessness of Ceausescu's dictatorship and the glittering temptations of the West. Stories from the past are woven together with the problems Windisch, the village miller, faces after he applies for permission to migrate to West Germany. Herta M ller (Herta Mueller) describes with poetic attention the dreams and superstitions, conflicts and oppression of a forgotten region, the Banat, in the Danube Plain. In sparse, poetic language, Muller captures the forlorn plight of a trapped people.