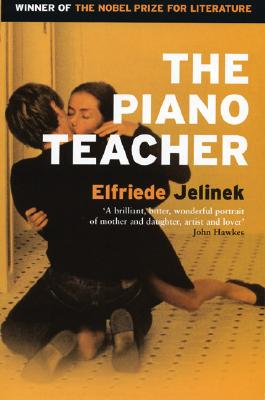 ""The Piano Teacher ," winner of the 2004 Nobel Prize in Literature, ] is an exploration of fascism, not so much in the political sense as in the personal. In Joachim Neugroschel's excellent translation, the language is simple yet full of imaginative, often-funny metaphors, the view of the world original, if at times almost painfully bizarre."-"New York Times Book Review"

"A dazzling performance that will make the blood run cold."-Walter Abish

"A brilliant, bitter, wonderful portrait of mother and daughter, artist and lover."-John Hawkes

Into this emotional pressure-cooker bounds music student and ladies' man, Walter Klemmer. With Walter as her student, Erika spirals out of control, consumed by the ecstasy of self-destruction.

First published in 1983, "The Piano Teacher "is the masterpiece of Elfriede Jelinek, Austria's most famous writer. Now a feature film directed by Michael Haneke," The Piano Teacher "won three major prizes at the Cannes 2001 Festival including best actor for BenoA(R)t Magimel and best actress for Isabelle Huppert.

Elfriede Jelinek was born in Austria in 1946 and grew up in Vienna where she attended the famous Music Conservatory. The leading Austrian writer of her generation, she has been awarded the Heinrich BAll Prize for her contribution to German-language literature.