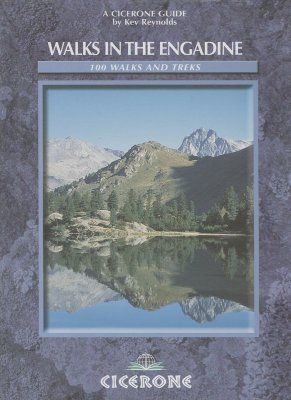 Walks in the Engadine (Paperback)

Tucked away in the south-east corner of Switzerland, the Engadine is a region of lakes and mountains, home of the country's only national park, guardian of the Romansch language and location for some of the most sublime villages in all the Alps.In this long-awaited second of edition of his guide Walks in the Engadine, Kev Reynolds has selected more than 100 of his favourite routes that not only reveal breathtaking views, but take the walker into secretive inner glens and onto remote alp pastures bypassed by the 21st century.Graceful Piz Bernina, glacier-hung Piz Pal?, the bold granite form of Piz Badile - these form part of the backdrop. But there are other peaks too that the modest walker can climb, and snow-free passes that link one enchanting valley to another.

Kev Reynolds is a freelance writer, photojournalist and lecturer. A prolific compiler of guidebooks, his first title for Cicerone Press appeared in 1978; he has since produced 27 titles for Cicerone, with others being researched. A member of the Outdoor Writers' Guild, the Alpine Club and Austrian Alpine Club, his passion for mountains and the countryside remains undiminished, and he regularly travels throughout Britain to share that enthusiasm through his lectures.