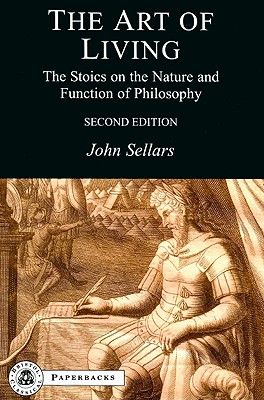 The Art of Living

It is a commonplace to say that in antiquity philosophy was conceived as a way of life or an art of living, but precisely what such claims amount to has remained unclear. If ancient philosophers did think that philosophy should transform an individual's way of life, then what conception of philosophy stands behind this claim? John Sellars explores this question via a detailed account of ancient Stoic ideas about the nature and function of philosophy. He considers the Socratic background to Stoic thinking about philosophy and Sceptical objections raised by Sextus Empiricus, and offers readings of late Stoic texts by Epictetus and Marcus Aurelius. Sellars argues that the conception of philosophy as an 'art of living', inaugurated by Socrates and developed by the Stoics, has persisted since antiquity and remains a living alternative to modern attempts to assimilate philosophy to the natural sciences. It also enables us to rethink the relationship between an individual's philosophy and their biography. The book appears here in paperback for the first time with a new preface by the author.

John Sellars is Senior Lecturer in Philosophy at the University of the West of England, in Bristol, and a member of Wolfson College, Oxford.
Loading...
or support indie stores by buying on