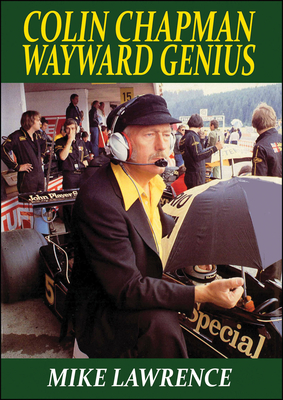 Mike Lawrence shows how Chapman operated in a fast-moving, highly pressurized world of international racing and car making that generated huge rewards and temptations. The crunch came when he became involved with the ill-fated Delorean car company.

Mike Lawrence is a well-known motoring writer with a special interest in motor racing history, in particular in the cars and drivers of a generation ago. Colin Chapman was one of his boyhood heroes, and he has closely followed the story of Lotus cars and their mercurial creator ever since. As well as contributing to all the leading motoring magazines, Mike Lawrence has written, or been co-author of, three dozen books. He is also a published poet, a playwright and a broadcaster. In 1966, Mike was awarded a PhD for research into Shakespeare's stage techniques and he has taught courses on Shakespeare for the Universities of Sussex and Gothenburg.
Loading...
or
Not Currently Available for Direct Purchase