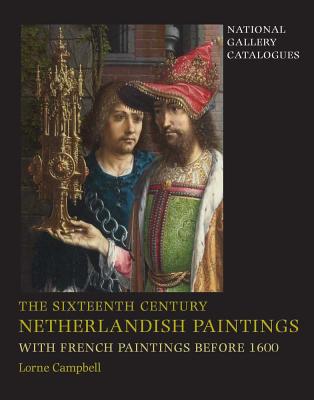 The National Gallery, London possesses an important collection of paintings by 16th-century Netherlandish artists, including Joachim Beuckelaer, Hieronymus Bosch, Pieter Bruegel the Elder, Jean Gossart, and Quinten Massys. They are grouped here with a small number of French paintings, some by artists who came from the Low Countries (Corneille de Lyon, probably Jean Hey, and perhaps the Master of Saint Giles).

Lorne Campbell’s catalogue is a model of scholarship; he examined all the pictures with conservators and rigorously researched their histories, subjects, and styles. New discoveries about artists’ techniques and practices have led to many reattributions, and the rescue from anonymity of over twenty paintings. The identities of several patrons are established or suggested, while an introductory essay explains how contemporaries regarded these paintings. Generously illustrated, with many details and technical photographs, and beautifully produced, this comprehensive catalogue is essential reading for scholars, while also introducing general readers to a vital part of the Gallery’s collection.

‘Turn to the weakest paintings in the field and we realise that Campbell writes not merely to record but to inform and draw the reader into the debate so that he may take an interest in matters seemingly arcane – but that is precisely the purpose of great art history as an academic discipline. This is the perfect catalogue.’
—Brian Sewell, Evening Standard.