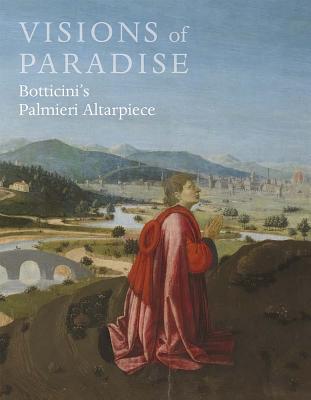 Visions of Paradise showcases new scholarly research on the monumental Palmieri Altarpiece by Francesco Botticini (1446–1498). The painting, which depicts the Assumption of the Virgin, was made for the funerary chapel of the Florentine citizen Matteo Palmieri (1406–1475). Palmieri was a true “Renaissance Man”—an associate of the Medici and a humanist, whose career encompassed a variety of roles, as diplomat, poet, writer, and apothecary.

In this book, Jennifer Sliwka uncovers new insights about the culture that produced this stunning altarpiece and the fascinating patron who commissioned it. In addition to its religious content, the altarpiece depicts a panoramic landscape that serves as a very early example of a “city portrait” of Florence; this accurate, detailed view, which includes Palmieri’s villa and farm, predates several of the earliest known maps of the city. Sliwka examines what the painting reflects about Florentine society and spiritual beliefs, and sheds light on aspects of the painting—including its authorship, date, theological significance, and original location—that are frequently questioned.

Jennifer Sliwka is Ahmanson Curator in Art and Religion, The National Gallery, London.
Loading...
or
Not Currently Available for Direct Purchase