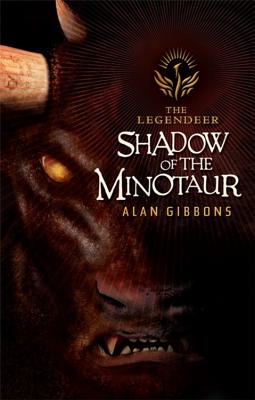 Shadow Of The Minotaur (Paperback)

'Real life' or the death defying adventures of the Greek myths, with their heroes and monsters, daring deeds and narrow escapes - which would you choose?

For Phoenix it's easy. He hates his new home and the new school where he is bullied. He's embarrassed by his computer geek dad. But when he logs on to The Legendeer, the game his dad is working on, he can be a hero. He is Theseus fighting the terrifying Minotaur, or Perseus battling with snake-haired Medusa. It feels as though he's really there ¿ The Legendeer is more than just a game. Play it if you dare.

Alan Gibbons is a full-time writer and a visiting speaker and lecturer at schools, colleges and literary events nationwide, including the major book festivals. He lives in Liverpool with his wife and has four grown up children. He travels globally and is known the length and breadth of the country for his high profile Campaign for the Book and school visits.


Praise For Shadow Of The Minotaur…

'Gibbons deserves to be recognised as a national treasure'—Bookseller

This book has something for everyone - action, excitement, anger and suspense. You'll not want to put it down!—Sheryl Fenwick