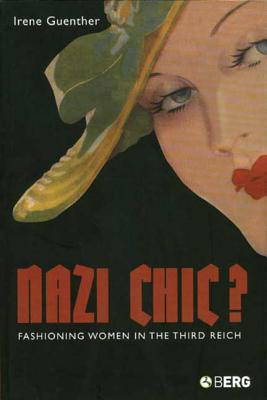 This is the first book in English to deal comprehensively with German fashion from World War I through to the end of the Third Reich. It explores the failed attempt by the Nazi state to construct a female image that would mirror official gender policies, inculcate feelings of national pride, promote a German victory on the fashion runways of Europe and support a Nazi-controlled European fashion industry. Not only was fashion one of the countrys largest industries throughout the interwar period, but German women ranked among the most elegantly dressed in all of Europe. While exploding the cultural stereotype of the German woman as either a Brunhilde in uniform or a chubby farmers wife, the author reveals the often heated debates surrounding the issue of female image and clothing, as well as the ambiguous and contradictory relationship between official Nazi propaganda and the reality of womens daily lives during this crucial period in German history. Because Hitler never took a firm public stance on fashion, an investigation of fashion policy reveals ambivalent posturing, competing factions and conflicting laws in what was clearly not a monolithic National Socialist state. Drawing on previously neglected primary sources, Guenther unearths new material to detail the inner workings of a government-supported fashion institute and an organization established to help aryanize the German fashion world. How did the few with power maintain style and elegance? How did the majority experience the increased standardization of clothing characteristic of the Nazi years? How did women deal with the severe clothing restrictions brought about by Nazi policies and the exigencies of war? These questions and many others, including the role of anti-Semitism, aryanization and the hypocrisy of Nazi policies, are all thoroughly examined in this pathbreaking book.