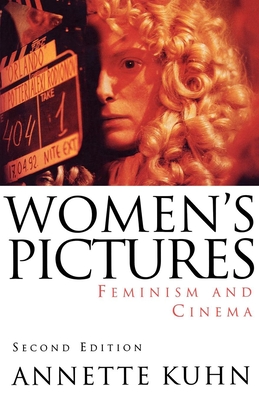 This pioneering and influential work of feminist theory has been extensively updated by the author to chart the changes in feminist film theory and practice between the eighties and the nineties. Readers, whether engaged in the making of films, the study of them, or simply the pleasure of viewing them, will appreciate the way in which the author discusses and demystifies the current methods of analysis, including semiotic and psychoanalytical approaches.

The films used as points of discussion are drawn from both mainstream and alternative cinema, institutions which are themselves examined in relation to their production, distribution and exhibition practices.

The thesis proposed by Annette Kuhn is an exciting one: namely, that feminism and cinema, taken together, could provide the basis for new forms of expression, providing the opportunity for a truly feminist alternative cinema in terms of film language, of reading that language and of representing the world.

“This important book is an introduction to feminist interventions and debates around film ... It will be a key text for anyone interested in feminist cultural politics, in feminism generally, and in film.”—Terry Lovell, Feminist Review

“A lucid examination of film theory and feminism ... Women’s Pictures should be an indispensable resource.”—Mary Desjardins, On Film

Annette Kuhn’s books include Alien Zone: Cultural Theory and Contemporary Science Fiction Cinema; Cinema, Censorship and Sexuality; The Power of the Image: Essays on Representation and Sexuality; and Women’s Pictures: Feminism and Cinema. She is lecturer in Film and Television Studies at Glasgow University.
Loading...
or support indie stores by buying on