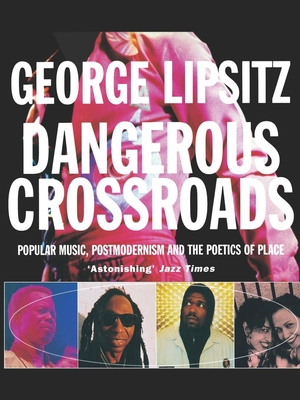 Popular Music, Postmodernism and the Poetics of Place (Haymarket Series)

George Lipsitz is Professor of Black Studies at the University of California, San Diego. He is the author of Midnight: Life and Labor in the 1940s, Time Passages: Collective Memory and American Popular Culture, The Sidewalks of St Louis and A Life in Struggle: Ivor Perry and the Culture of Opposition, which was the winner of the Eugene M. Kayden Press Book Award and the Anisfield-Wolf Book Award in Race Relations.

“This astonishing book deals in absorbing detail with the multiplying hybrids now loosely referred to as world music.”—Jazz Times

“Dangerous Crossroads presents a plea: for connection, empathy and kinship like none we’ve heard before.”—LA Weekly

“A major voice of conscience in US cultural studies ... Lipsitz’s range is as breathtaking as his insights are shrewd.”—Artforum
or support indie stores by buying on
Copyright © 2020 American Booksellers Association