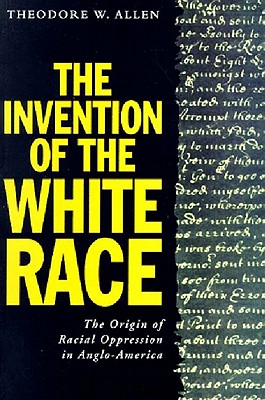 The Invention of the White Race Vol II

This second of two volumes explores how the degradation of African bond-labourers into slaves produced, for the first time in Anglo-America, racism based on colour differences.

Theodore W. Allen (1919-2005) was an anti-white supremacist, working-class intellectual and activist who began his pioneering work on "white skin privilege" and "white race" privilege in 1965. He co-authored the influential "White Blindspot" (1967), authored "Can White Workers Radicals Be Radicalized?" (1969), and wrote the ground-breaking" Class Struggle and the Origin of Racial Slavery: The Invention of the White Race" (1975) before publication of his seminal two-volume classic "The Invention of the White Race" (1994, 1997).
Loading...
or support indie stores by buying on