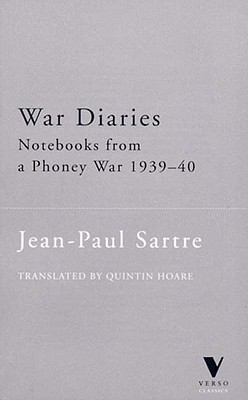 Originally published in 1984, this is a new edition of Sartre's Second World War diaries covering philosophy, literature, art, politics and autobiography. In the VERSO CLASSICS series.

“It has to be said that Sartre’s War Diaries are a delight.”—Times Higher Educational Supplement

“Whatever you value in Sartre, his philosophy, his art, or simply the historical fact of his existence and influence—the notebooks add substantially to his achievement.”—James Fenton, The Times

“Enormously impressive, with all the crispness and manic intelligence which distinguish the early short stories and his one undoubted literary masterpiece, La Nausée.”—John Weightman, Observer

Quintin Hoare is the director of the Bosnian Institute and has translated numerous works by Sartre, Antonio Gramsci, and other French authors. He lives in the United Kingdom.
Loading...
or support indie stores by buying on