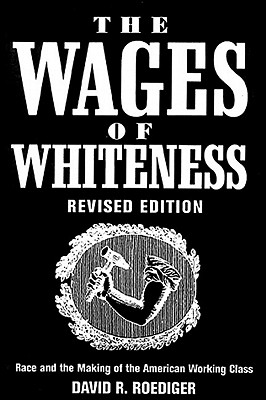 The Wages of Whiteness (Paperback)

Race and the Making of the American Working Class

In an afterword to this new edition, Roediger discusses recent studies of whiteness and the changing face of labor itself. He surveys criticism of his work, accepting many objections whilst challenging others, especially the view that the study of working class racism implies a rejection of Marxism and radical politics.

Michael Sprinker was Professor of English and Comparative Literature at the State University of New York at Stony Brook. His "Imaginary Relations: Aesthetics and Ideology in the History of Historical Materialism "and" History and Ideology in Proust" are also published by Verso. Together with Mike Davis, he founded Verso's Haymarket Series and guided it until his death in 1999.

Praise For The Wages of Whiteness: Race and the Making of the American Working Class…

“The Celestine Prophecy of whiteness studies.”—SPLN