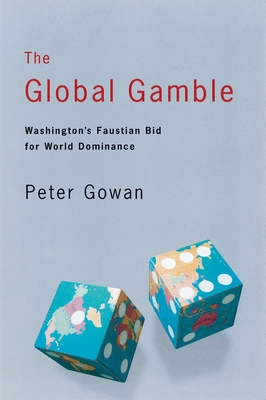 The collapse of the Soviet Bloc presented policy makers in Washington with a temptation reminiscent of Faust’s, opening up vistas of hitherto unimaginable global power; but the cold breath of Mephistopheles is already blowing across devastated communities from southeast Asia to the Balkan peninsula in the wake of America’s bid for world power.

In this major analysis of the new era of American domination, Peter Gowan strips away the language of humanitarian ideals that have cloaked US interventions from Baghdad to Belgrade to reveal far more cynical goals, with the real democratic hopes of the peoples of Europe, the South and East systematically trampled down in the rush to impose NATO-based US political leadership across the globe.

Gowan surveys the transformation of NATO from Cold War ‘security shield’ for Western Europe into a global vigilante force in pursuit of US interests, with European footsoldiers under American command. He explains the projected expansion of the EU into a set of first and second class countries, incapable of any political action independent of the United States; and he analyses the catastrophic social and economic effects of the neo-liberal ‘Shock Therapy’ imposed on Russia and Eastern Europe, with devastating results.

Far from being an unstoppable natural force against which every nation state is powerless, Gowan argues compellingly that the process of globalisation has been relentlessly driven forward by the enormous political power of the US state and business interests in a highly conscious bid to extend their strategic dominance over the world economy. He shows how the international finance system—the ‘Dollar-Wall Street Regime’—created out of the ashes of Breton Woods has been exploited as a political lever to open up local economies to US products and speculative flows of ‘hot’ money, and demonstrates how each financial crisis over the last ten years has been used by the Washington-Wall Street axis to force through dramatic economic and social re-engineering in the targeted countries. While posing as a benign economic education for ‘developing’ economies, US-led rescue packages in fact leave these countries seriously weakened, destroying national industrial sectors while elevating to power such local rentier interests as the Russian mafia-capitalists and leaving the already fragile social tissue of many of these companies irreparably damaged.

This masterly survey, both bold and compelling, will become a landmark in the debate on the new world order threatening the twenty-first century.

Peter Gowan (1946–2009) taught international relations for many years at London Metropolitan University. He was the author of The Global Gamble and A Calculus of Power, co-editor of The Question of Europe, cofounder of the journal Labour Focus on Eastern Europe, and a longstanding member of the editorial board of New Left Review—who published <a href="http://www.newleftreview.org/?view=2803">an interview with Peter Gowan</a> along with <a href="http://www.newleftreview.org/?view=2801">an obituary</a> in Sept–Oct 2009.
Loading...
or
Not Currently Available for Direct Purchase