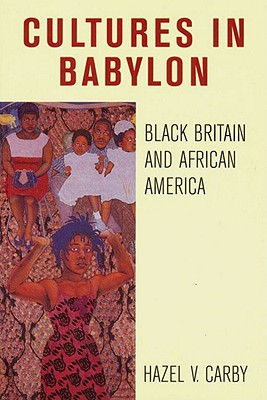 For a decade and a half, since she first appeared in the Birmingham Centre’s collective volume The Empire Strikes Back, Hazel Carby has been on the frontline of the debate over multicultural education in Britain and the US. This book brings together her most important and influential essays, ranging over such topics as the necessity for racially diverse school curricula, the construction of literary canons, Zora Neale Hurston’s portraits of “the Folk,” C.L.R. James and Trinidadian nationalism and black women blues artists, and the necessity for racially diverse school curricula.

Carby’s analyses of diverse aspects of contemporary culture are invariably sharp and provocative, her political insights shrewd and often against the grain. A powerful intervention, Culture in Babylon will become a standard reference point in future debates over race, ethnicity and gender.